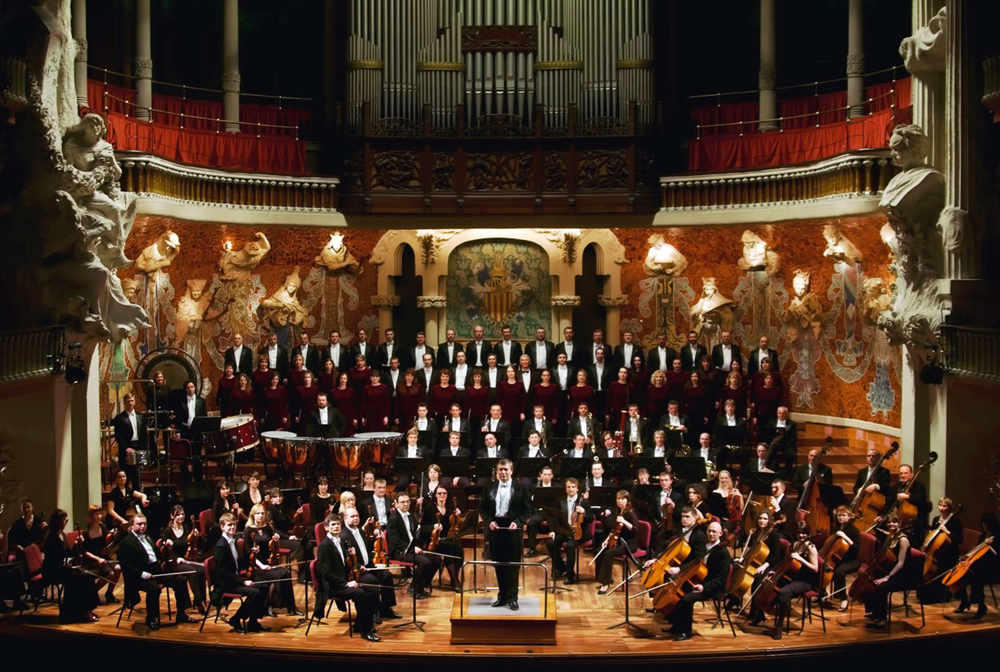 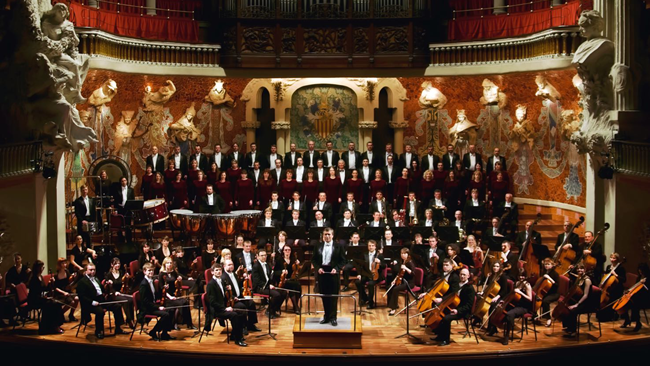 Ukrainian Radio Symphony Orchestra is widely acknowledged for its artistry and well-known in Ukraine and abroad. For many decades Orchestra’s activity was a great contribution to national music culture treasury. Since 2005 Symphony Orchestra has been led by Vladimir Sheiko – Chief Conductor and Art Director. He opened the new page in artistic activity of the collective.

The first public performance of the newly created Symphony Orchestra of Ukrainian Radio (Ukrainian Radio-Center that time), which was a notable even in the Ukrainian art and cultural life, happened on the 5th of October, 1929. The Orchestra was a part of the Radio-Theatre and consisted of 45 musicians. The head of the Orchestra talented conductor and Professor Yakiv Rozenshteyn. The best musicians of Kharkov, the former capital of Ukraine, were invited to the Orchestra.

Here is one of the articles of that time: "The historical days happened for the Ukrainian Radio-Center on the 5th and the 7th of October, 1929. What used to be a dream came true. The first Radio-Theatre was opened in Ukraine. These two performances were the first attempts of the musical art radio broadcasting. The Radio-Center’s Symphonic Orchestra had made a special impression among all other performers. Even thought the Orchestra was composed of the best musicians, conductor and Professor Rozenshteyn made it disciplined and improved musician’s teamwork in such a short period of time so one might be surprised. This gives us a hope that the Radio-Center’s symphonic Orchestra will become the best musical unit in Ukraine" ("Evening Radio", newspaper. October 8, 1929).

The Orchestra had started its first symphonic cycle with the P.I. Tchaikovsky works, which was opened with the 5th symphony and the 3rd orchestral suit on the 14th of October, 1929.

This was the beginning of the Ukrainian National Musical Radio Broadcasting history. This was followed by 90 years of the bright creative Orchestra life, full of high art and inspired labor. Due to the transfer of the Ukrainian capital to Kyiv and Republican Radio Committee reformation the Orchestra was removed to Kyiv and the number of musicians increased up to 60 persons. By the year of 1937 it becomes the only stationary Symphony Orchestra in Kyiv which practiced purely in symphony music.

Radio broadcasts and public concerts followed by the thousands of world and Ukrainian music records made by the Orchestra in favor of Ukrainian Radio Fund and the movie records has made an enormous contribution to the national culture treasury.

Musician’s hard work supervised by the best talented chief conductors has led the Orchestra to the highest level of the orchestral art., Mykhailo Kanershteyn, Petro Polyakov, Kostyantyn Simeonov, Vadym Gnedash, Volodymyr Sirenko and Viatcheslav Blinov formed the collective while polishing its mastery and improving themselves together with the Orchestra.

The title of Honored collective and the academic status were granted to the Orchestra for special merits in the musical art development.

He was born in Kharkiv (Ukraine).

Vladimir Sheiko graduated from the Kiev State Conservatory named after P.Tchaikovsky, speciality «opera and symphony conducting» (class of Professor Stephan Turchak – Chief Conductor of National Opera Theatre of Ukraine) and «chorus conducting» (class of Professor Leo Venediktov – Chief Choir-master of National Opera Theatre of Ukraine) in 1988. During the 1989-1991 he was a trainee at the “Bolshoy Theatre of Opera and Ballet” (Moscow) under the supervision of Fuat Mansurov (conductor of Bolshoy Theatre) and took the highest qualification test.

During 1994-2002 – large theatre activity, which includes many projects in various theatrical and oratorical genres, among them: "Yevgeniy Onegin" by P.Tchaikovsky; "La Traviata" and "Rigoletto" by G. Verdi; “Porgy and Bess” by G. Gershwin; "Carmen" by G. Bizet; "The Tsar's Bride" by  N. Rymsky-Korsakov; "Il Barbiere di Siviglia" by G. Rossini; "Cosi fan tutti", "Impressario" and "Le nozze di Figaro" by W. A. Mozart; "Bamby" (ballet) by  I. Kovacs; "Requiem" by G. Verdi,  "Requiem" by M. Reger; "Requiem" by G. Fauret; "Magnificat" by J.S. Bach and many others.

From 1995 till 2005 he worked as the Chief Conductor of the Kiev Academic Operetta Theatre and carried out 15 performances: “The Gipsy Baron” and “A Night in Venice” by J. Strauss; “Maritza” by E. Kalman; “The Count from Luxembourg” by F. Lehar; "Orfeo all Inferno" and “ La vie Parisienne” by  J. Offenbach and many others.

Vladimir Sheiko became the head of Ukrainian Radio Symphony Orchestra in August 2005. Under his direction the Orchestra performed such masterpieces as: "Requiem" by G. Verdi; Symphony No. 9 by L. van Beethoven; Symphony No. 6, Pathétique by P. Tchaikovsky; Symphony No.2 by S.. Rachmaninoff; “Carmina Burana” by Carl Orff ; “Stabat Mater” by G. Rossini; “The Execution of Stepan Razin” by D. Shostakovich; “St. Jonn of Damascus” by S.Taneev; “When the Fern Blooms” by Y. Stankovych; "Requiem" and “Davidde Penitente” by W. A. Mozart.; "Le Poème de l'extase" by A. Scriabin, founded a series of joint projects of National Radio Company and National Television Company of Ukraine “Art Stories” and "Radio Symphony_UA".

Under Vladimir Sheiko’s supervision as a conductor, the Orchestra carried out more than 300 records of world and Ukrainian music masterpieces in favor of the National Radio Fund.

Vladimir Sheiko was granted the title “Honored Personality of the Arts of Ukraine” in 2003.

He was also awarded by the Honorary Diploma of the Parliament of Ukraine and the Order of St. Prince Vladimir the Great of the third degree in 2005.

He was awarded by the Diploma of the of the Government of Ukraine and  Insignia of Honour of Ministry of Culture of Ukraine and the medal “Honour” by Kyiv Сity Сouncil in 2012.

2013 - awarded with the Order of Friendship.

2015 - awarded the honorary title of Ukraine "People's Artist of Ukraine".

Guo Yueqiang, an artist belonged to Liang Classic Arts Management Co.,Ltd. Hi is founder of "Clari-tet" and "Clar-rio" chamber ensemble, who is the Asian Philharmonic Orchestra guest principle clarinetist, executive Director of the International Federation of Art Education, Italian Danzi sentinel endorsement artist, French Steuer sentinel endorsement artist, German AW sentinel Greater China artist. He is a Chinese clarinetist who has won awards in a number of important international music events, who was a student of professor Dong Junjie, Professor Chi Zheng, Professor Fan Lei, Maestro Hu Yongyan. And in the career of art, he was strongly supported and cultivated by Maestro Zhang Yi, the conductor. Guo Yueqiang has achieved good results in the field of solo and orchestra performance, and he is also an artist who has the courage to practice in chamber music. In 2017, Guo Yueqiang and four string performers successfully launched the "Clari-tet" Clarinet chamber music concert, committed to exploring the classic repertoire of clarinets and string quartets, as well as broadening the influence of instruments such as clarinets in China! At the beginning of 2018, Clari-tet held 10 concerts tour with a sensational success.

Since 2007, Guo Yueqiang has been regularly invited to perform concerts as guest performers of major first-class symphony orchestras in China, and many cooperative conductors have highly praised his performance.

In 2015, he was invited to take part in the first orchestra exchange competition of China and South Korea.

Dance of the Cygnets

1、Adagio of Spartacus and Phrygia

2、Variation of Aegina and Bacchanalia

I love you, China

Concert Fantasia on Themes of RIGOLETTO 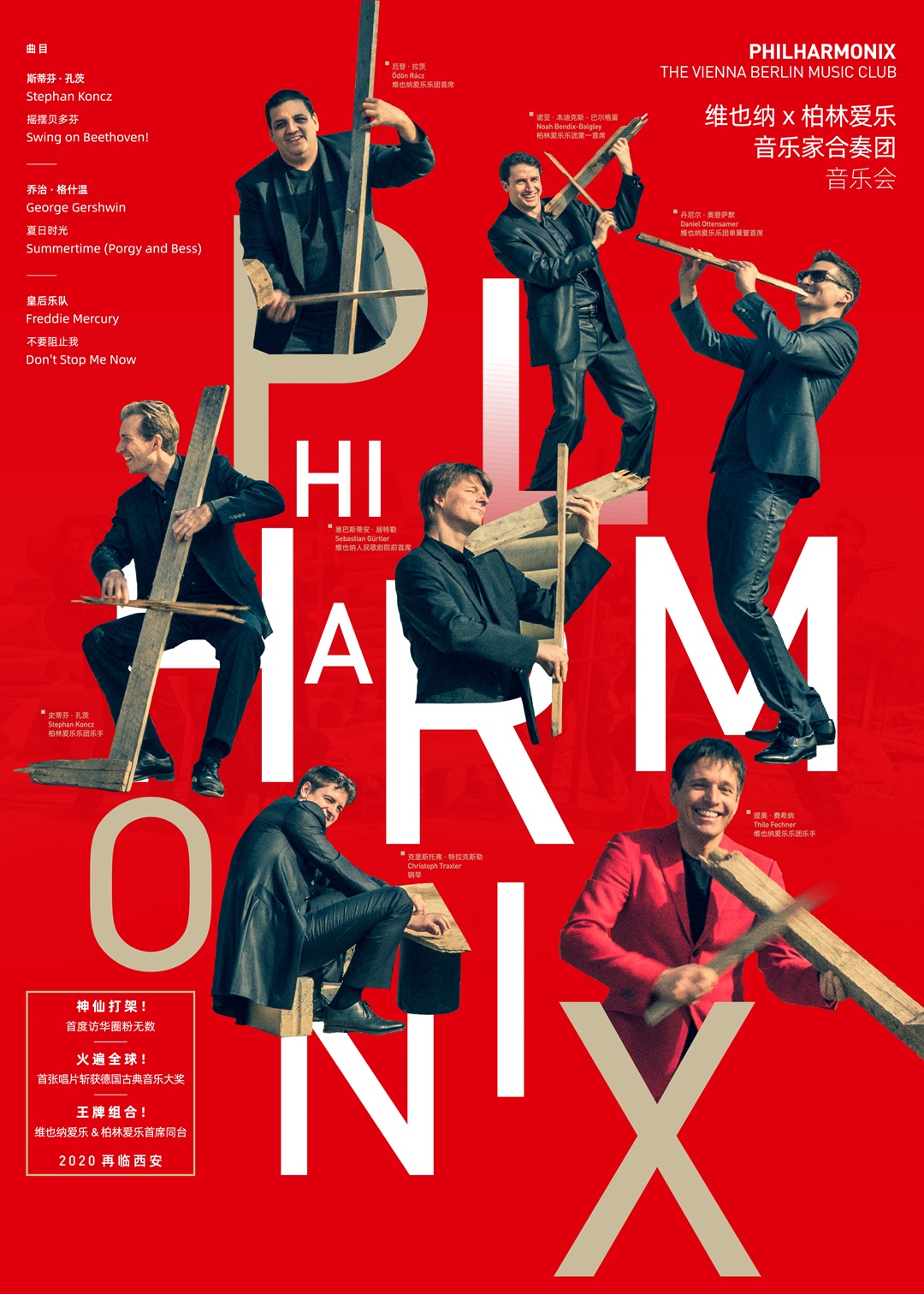 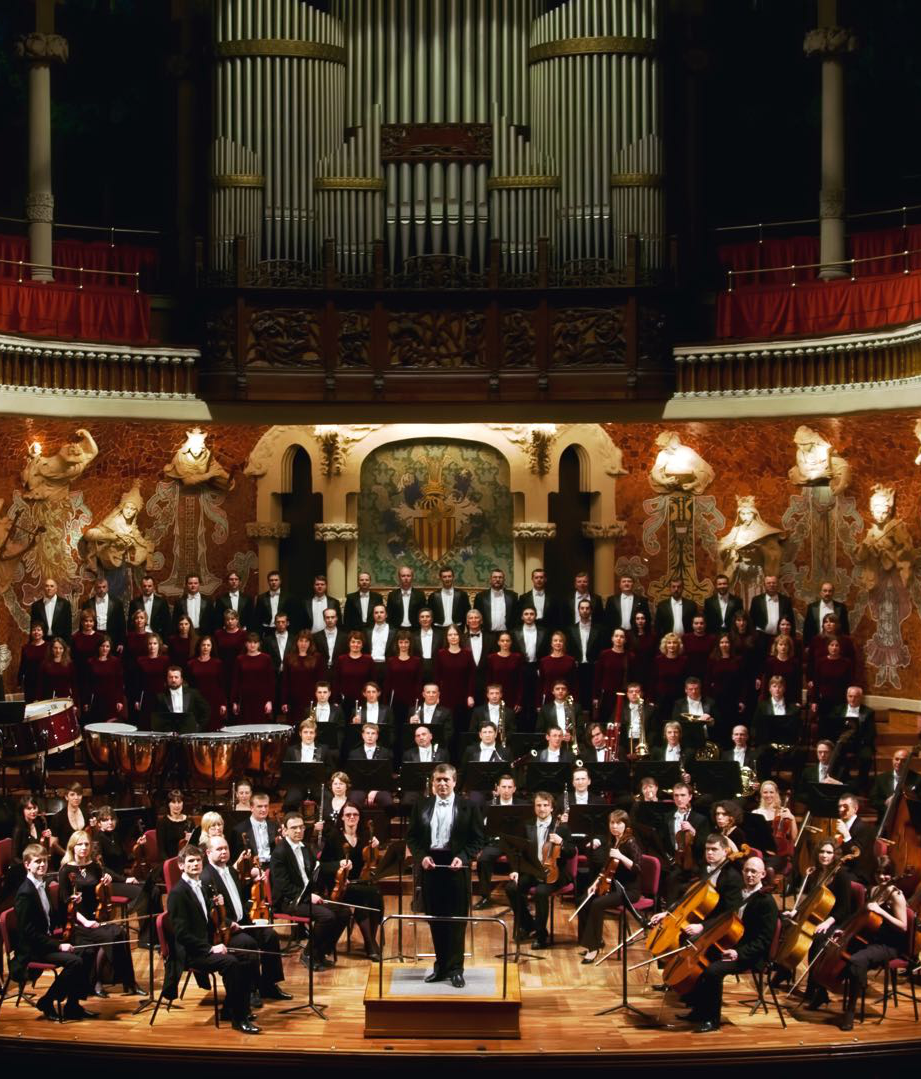