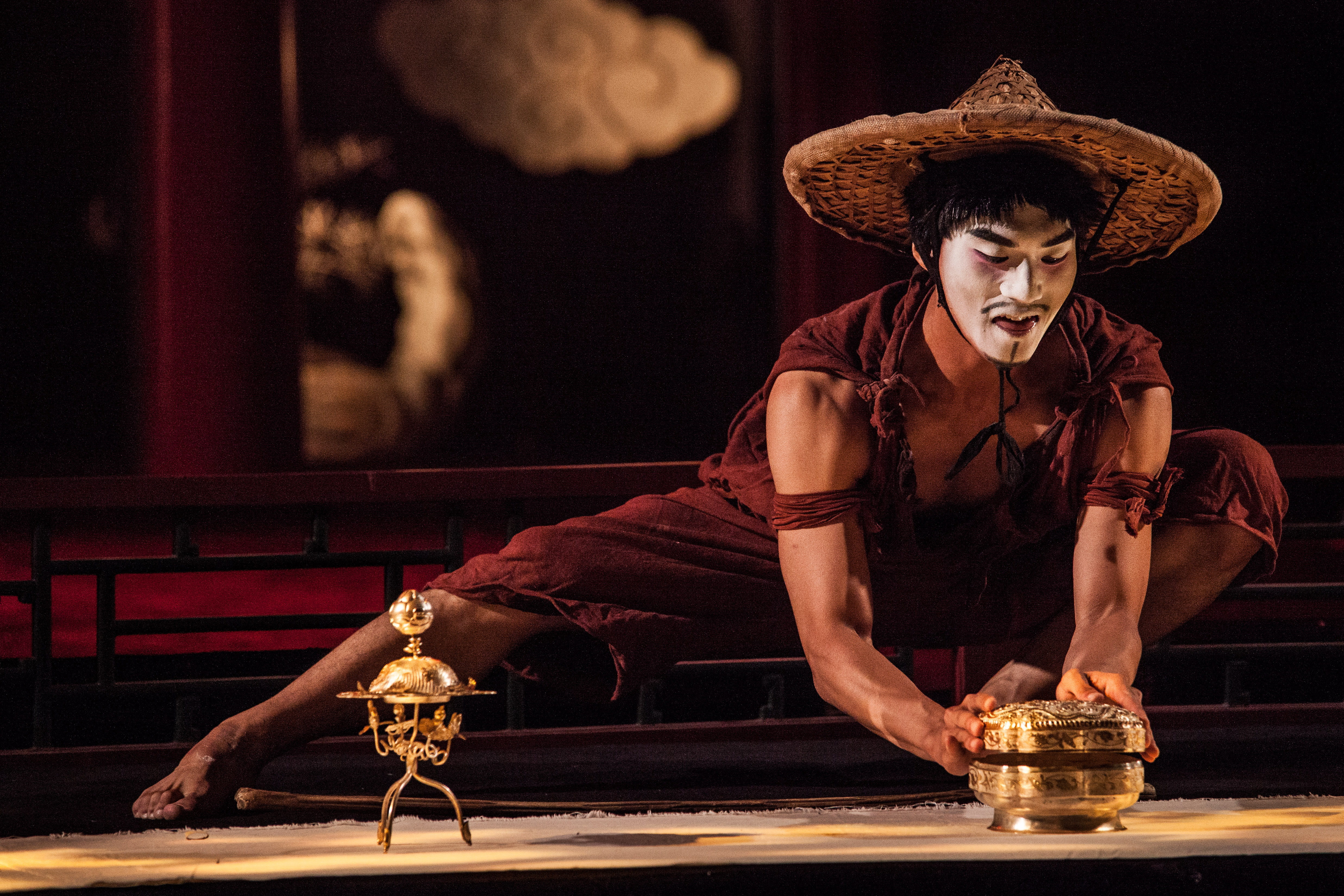 The work is inspired by the exquisite tea set relic, which was unearthed from Famen Temple and used for the emperor in Tang Dynasty. It follows the clue of “Tea” , blurs the boundary of time and space and returns human nature. In the play, the three characters of a woodman, hermit and monk represent different types of people. They encounter a fair lady, constantly change and get lost in endless loop, presenting a spiritual vastness of human beings through a fresh and elegant visual tableau. The Tea Spell is created by an international creative team with world-class dance, plot, music and lighting. It integrates bold and exquisite artistic elements, rarely seen in China.

The Tea Spell combines one’s understanding of tea and Zen, realistic yet illusory. Sitting in the corner of the theatre, the audience feel like returning back to a mysterious dreamland and appreciate the oriental aesthetics.

This work is sponsored by China National Arts Fund in 2015. It’s also the first dance theatre work in China while using Tea and Zen as the core. It’s also the only work that present the three natural cultural heritage together onto stage.

Plot of The Tea Spell originates from a group of antiques unearthed at Famen Temple:exquisite tea sets used by Emperor Xizong of Tang Dynasty.The show uses tea as a vehicle and illustrates the encounters of a stunningly beautiful woman (played by male dancer) with a farmer, an officer and a monk respectively. 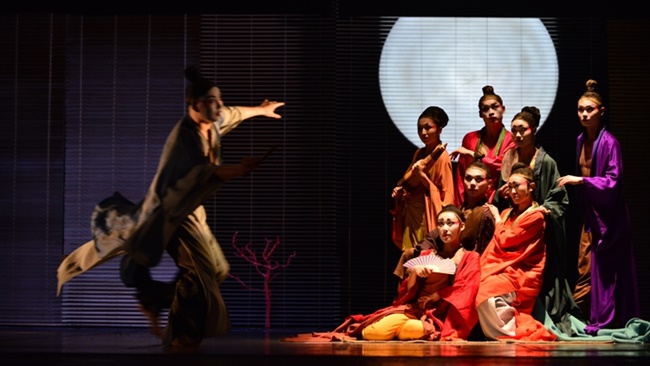 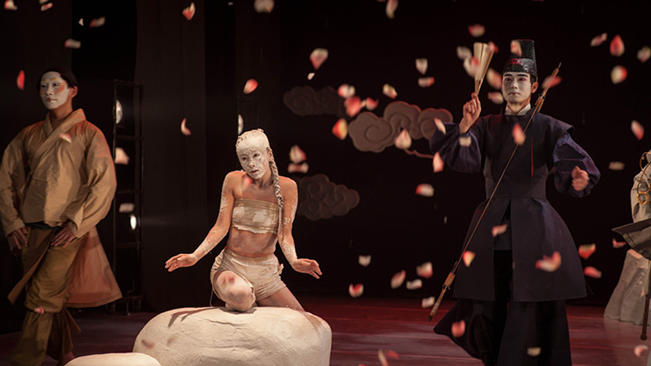 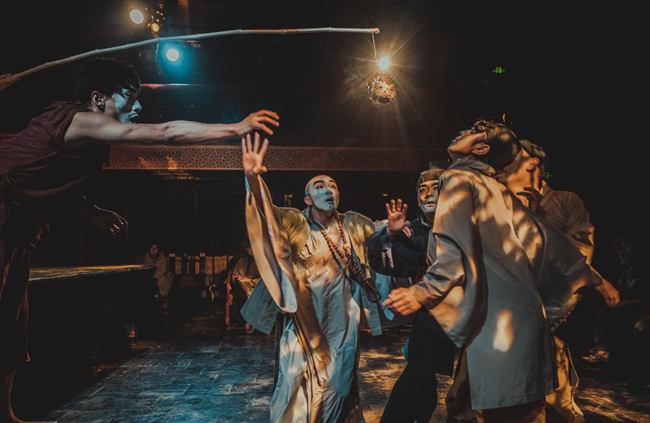 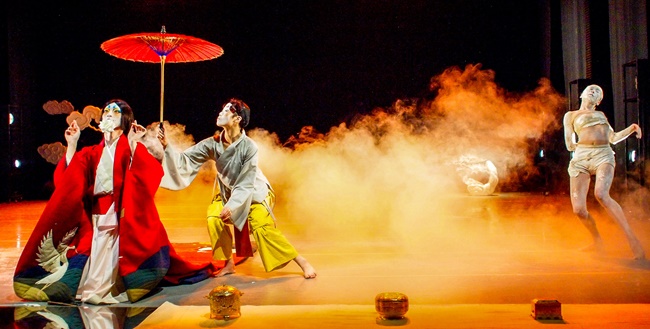 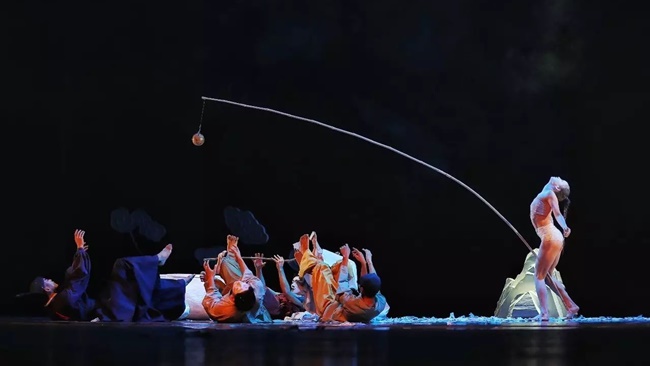 The three male characters imply people with three different kinds of psychological orientations.After meeting with the stunning beauty,they are either being allured, or pretending nothing has happened, or struggling, or getting carried away.The storyline is vivid and manifests profound human nature.Through multi-sensory experience, the audiences glimpse into the subtle wisdom of the universe in a detached way.In terms of visual effect, the performance presents its cutting-edge aesthetics in terms of costumes, props, choreography and artistic makeup.
All these are full of cultural characteristics and artistic creativity.In this performance, all three antiques are presented from Famen Temple on the stage for the first time.Funded by the National Art Funds 2015, the dance group toured in Germany and South Korea on behalf of the Chinese cultural and artistic community and was very well received in the two countries.Due to his natural yet touching works, Director Zhao Liang is called the “Shepard” from the East by the Germans.During its national tour in China, A Tea Spell repeatedly sets the record for the box office in the modern dance history and is met with great enthusiasm by the fans in Beijing, Shanghai, Hangzhou, Tianjin and Chongqing.The Tea Spell has become one-of-a-kind masterpiece for the Chinese audiences, attracting attention and warm support from those who care for their inner growth. 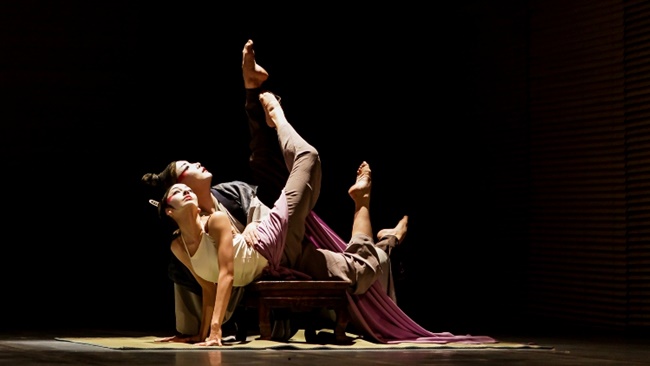 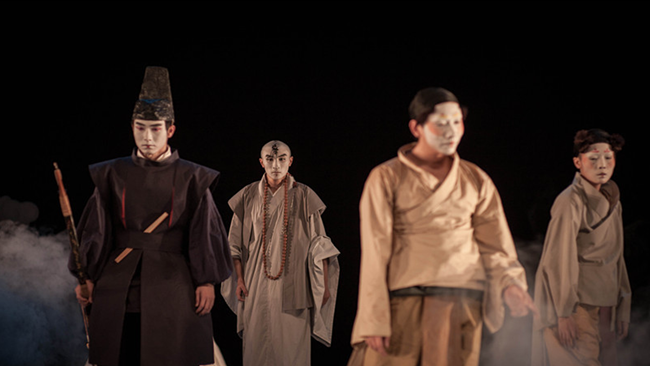 in 2015, Funded by the National Art Funds of the Year

in 2015, went on South Korean Stage during the visit to South Korea on behalf of Chinese Modern Dance

in 2017, invited to perform at Israel international Center for Dance and Art 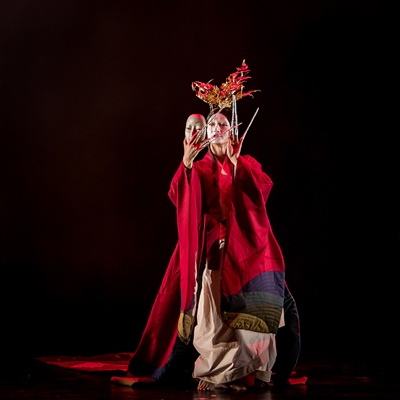 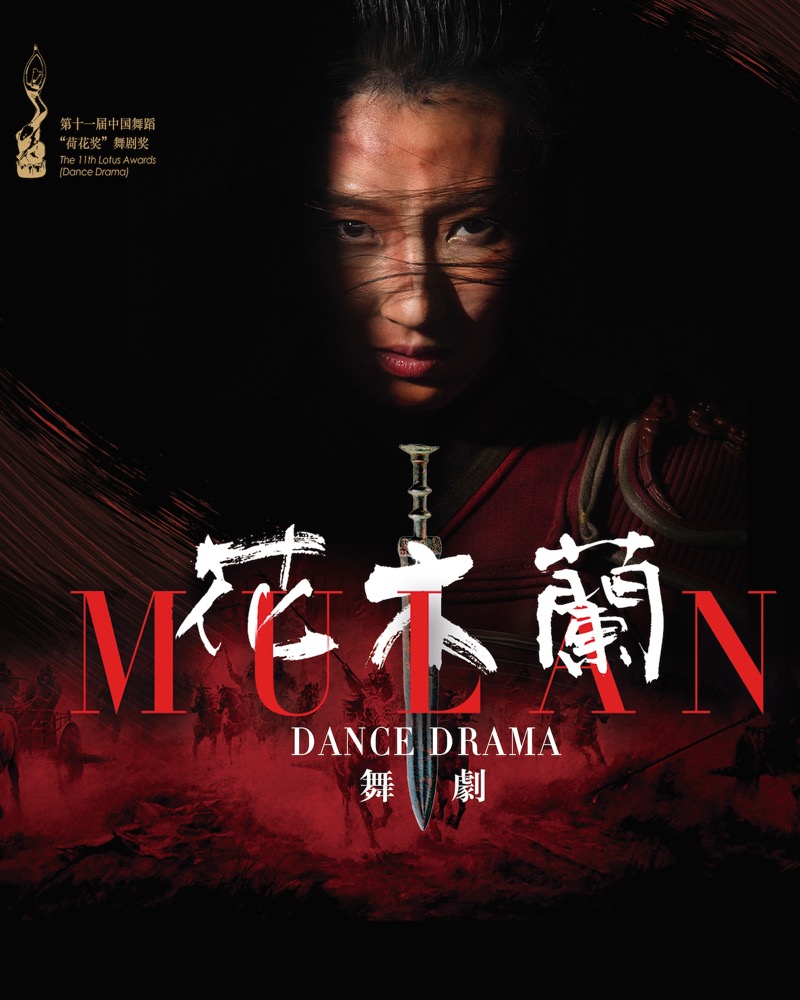 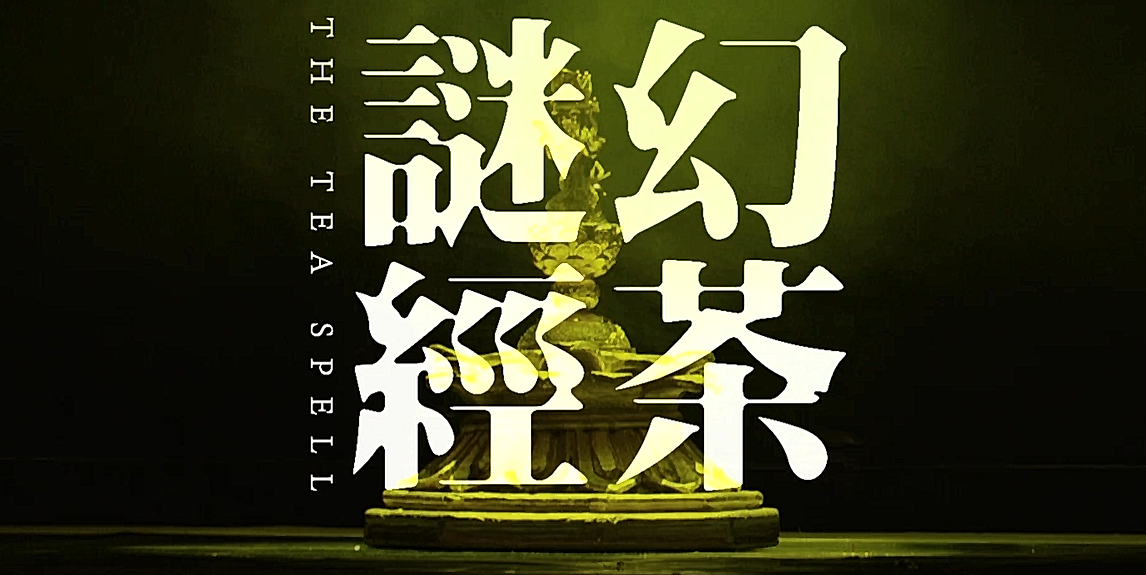 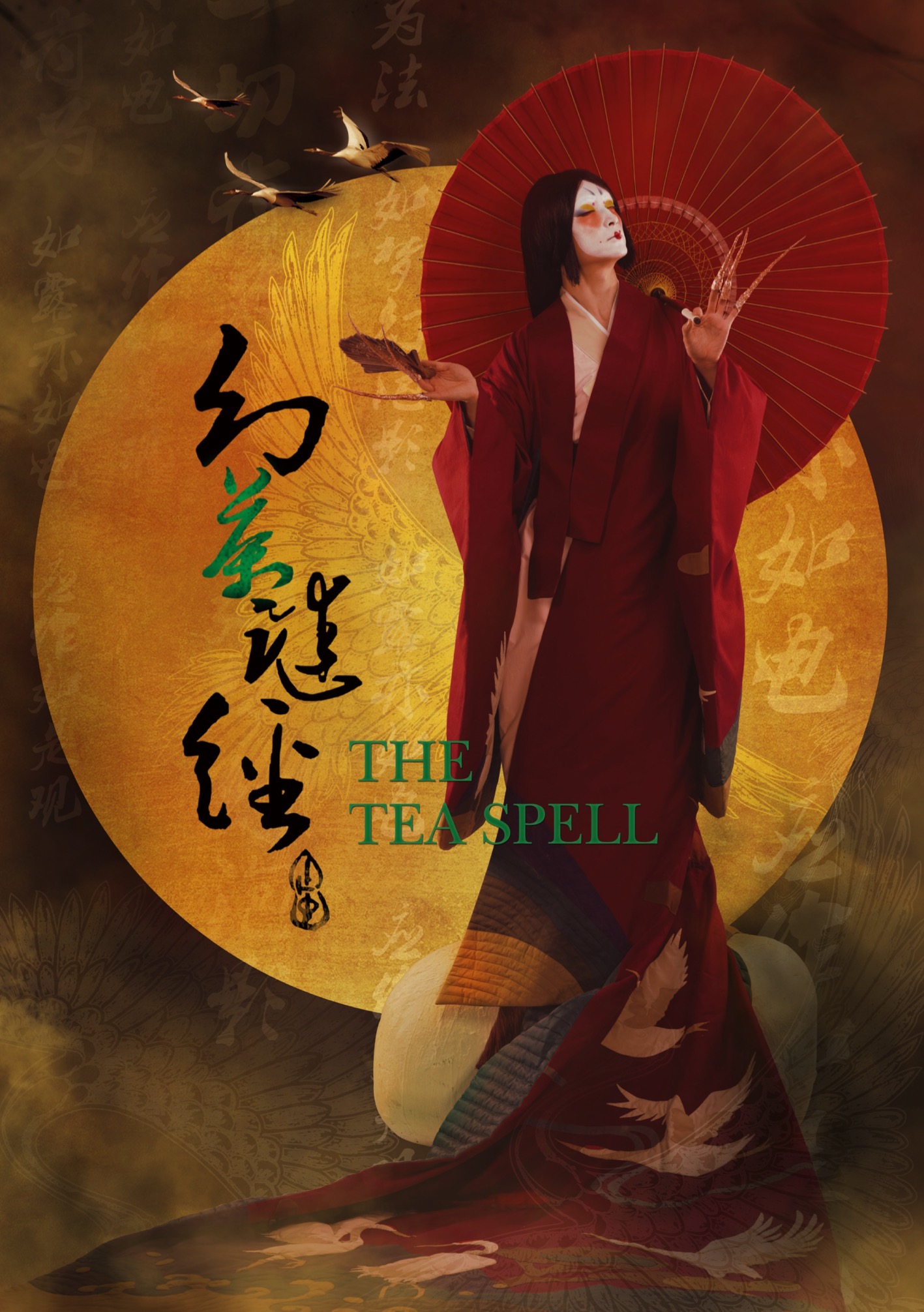